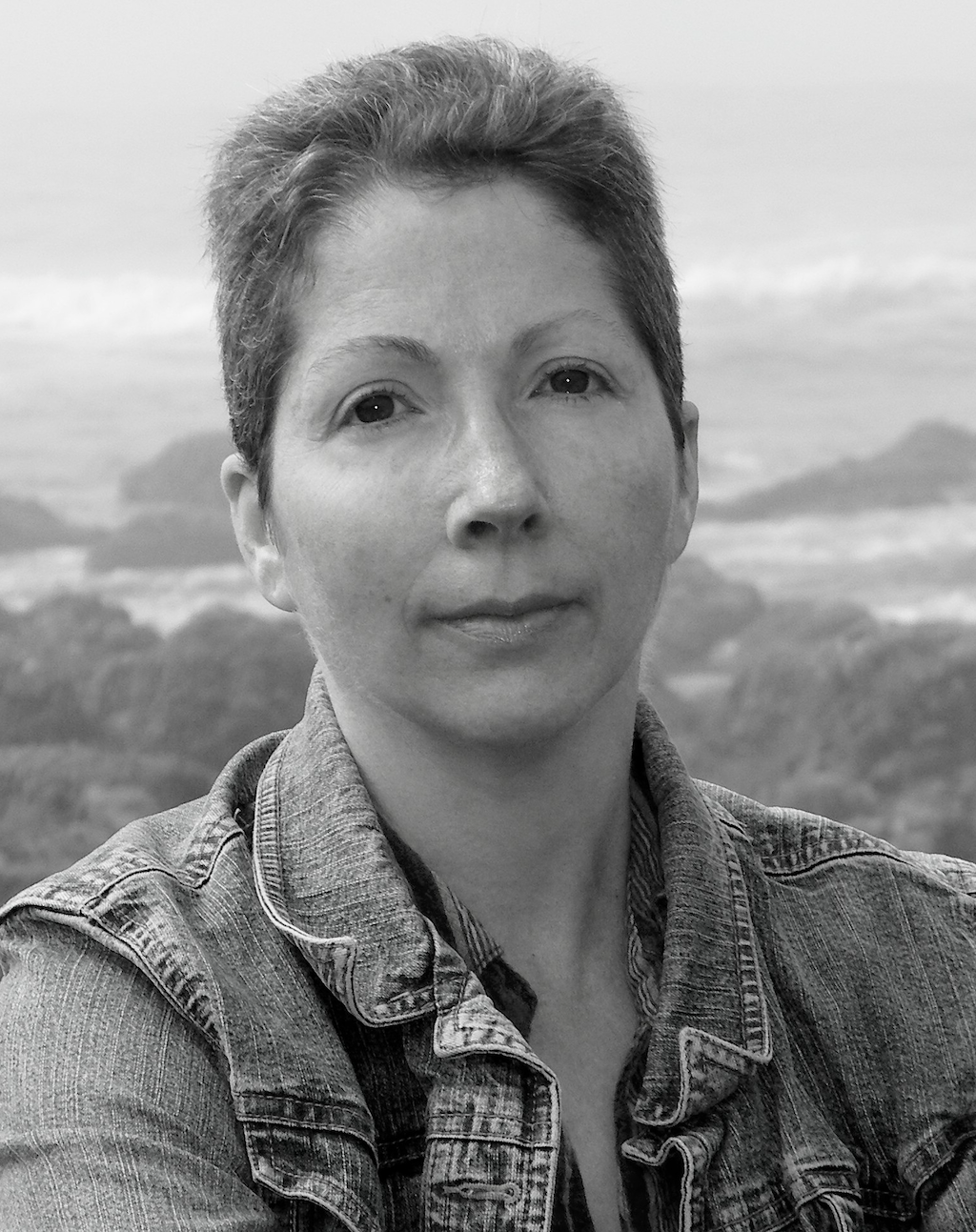 Larissa Holt’s work has been defined as “Rockwell Kent meets the Floating World.” Her stylized art and bold use of color has made her one of the most collectible female artists of the 21st century.

Nature has intrigued Larissa since she was a young child in Massachusetts. Her love and curiosity of the natural world has inspired her to try and capture its inherent beauty in some artistic form. Early on in school she neglected her traditional studies to paint, sketch, and sculpt. She never seemed to please her teachers. She always chafed at the traditional definition of art and constantly argued with her instructors. She was even told that her art would never sell.

After junior college Holt decided to pursue a career in commercial art while fulfilling her desire to produce fine art. The next two years provided her with the time to develop her personal style, learn technical skills, and prepare for her art career. In the years between 1984 and 1986 she traveled extensively throughout the United States, Mexico, and the Caribbean. Holt wanted to visit the most pristine areas of North and South America to amass a portfolio of scenery for her artistic studies.

In the spring of 1986, Holt and her husband decided to relocate to Monterey, CA. Upon her arrival she immediately began establishing herself as an illustrator and graphic designer. She illustrated for Monterey Life Magazine, Coast Weekly and several smaller publications.

In 1988, Holt was hired by Eyvind Earle, a noted Disney artist, as an assistant serigrapher and chromiste for his Monterey studio. While there she had the opportunity to learn all facets of fine art serigraphy from Mr. Earle. Holt and Earle had a relationship that transcended the traditional employer and employee relationship. He took the time to mentor her and teach her the methods he learned as a Disney artist and painter.

In 1989 Holt left Earle’s Studio to concentrate her energies on her own art and was offered a publishing contract with Chris Lewis Fine Art (son of noted comedian Jerry Lewis). Holt was hired to produce her own work and to work with noted Cubist, Neal Doty. She was the chromiste responsible for the production of his fine art serigraphs. Soon thereafter, Holt began creating and producing her own fine art serigraphs in the CLFA studio. Her first serigraph, “Island Cypress,” was released in October of 1990 and was featured in many prominent national galleries: Chabot Galleries, Coast Galleries, Austin Galleries, NY Art Expo, and many more venues throughout the country.

In 1991, Chris Lewis Fine Art closed its doors and Holt was hired to create Coast Serigraphics for Coast Galleries of Pebble Beach. Holt and her husband (a noted printer himself) were hired to create a print studio to produce serigraphs for the Henry Miller Centennial Collection. Holt separated and created each serigraph edition under the guidance of Miller’s son Tony Miller. After completing the contract for the collection Holt moved to central Oregon where she created her own publishing company, Holt Creative Arts and Larissa Holt Fine Art. In 1992 after tiring of the gallery scene and the questionable practices of the fine art world she began a career as a self-publishing artist.

In 1995, Holt and her husband opened their own gallery in Eugene, Oregon to offer affordable art at affordable prices. At the same time, she began attending Linfield College to complete the degree she abandoned earlier in her life. After finishing her BA in 2001 she made the decision to concentrate on motherhood and decided to pull away from gallery art to raise her two wonderful daughters and paint privately.

For the next seven years, she practiced her skills and sold originals directly to a small list of ardent collectors. In late 2008 she was approached to sell her originals online. As an advocate of making art available to everyone, she began releasing limited edition giclee images to be reproduced for sale via the burgeoning art auction sites. After 13 successful years, over 40 editions, and countless originals, Holt has proved herself as a printmaker, painter, illustrator, and publisher. She has won multiple awards for printmaking, illustration has been featured on television, and has had both solo and group exhibitions in Seattle, Centralia, Portland, Florence, Eugene, New York, Big Sur, Pebble Beach, San Francisco, Los Angeles, New Orleans, and Denver.

Holt’s most recent endeavors have included numerous private and corporate commissions, book illustrations, and the creation of serigraphs, block prints, and highly collectible pen and inks. Currently, her work is being displayed in galleries, online retailers, internet auctions and direct from her publishing company.

All images and web pages at www.holtart.com are the property of Larissa Holt Fine Art. Use of any images without prior written consent of Larissa Holt is strictly prohibited.